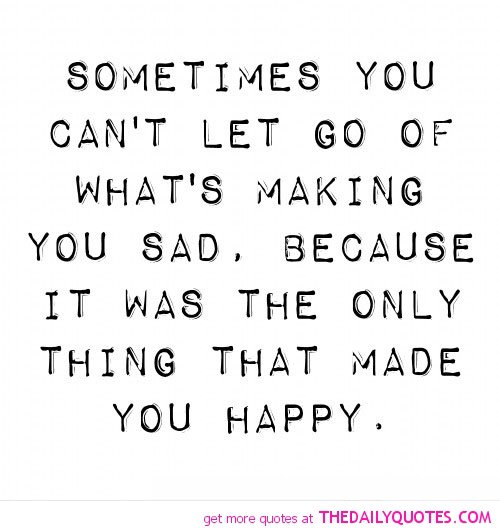 When I was a young wife with 2 small children and a deteriorating marriage, I disappeared into fantasy world.  I didn’t want to go to bed with my husband at night, so I stayed up watching cable for fodder for my fantasy world.  I would pick a show, pick a character, and then create my own episode where I was involved, and one of the guys was in love with me. I was meticulous with the detail, and since my temperament thinks in terms of pictures and can live off of vivid images, I could create something that appeared extremely real to me.  It afforded me the only feelings of love and significance that I could extract from my current situation.

I purposely thought about those episodes because of the FEELINGS they created in me.  It was real enough for me to live off of.  They made me happy.  Like a drug addict takes a hit from a substance and gets high, I would replay these fake “memories” to get emotionally high.   I CHOSE to replay these memories to feel good.

Now I know so many women who cannot let go of previous relationships for this same reason – they replay the good memories in order to experience an emotional high.  “It was so good back then.  I felt loved in a way I had never been loved before.”  And when they think of their ex, they associate those memories with him, which keeps them connected to him.

There’s just one huge problem with that – that’s obviously NOT how they continued to act.  There were other problems that caused you to not be together, either things they did that you could not live with, or they no longer wanted you.  In either case, the truth of the relationship was that the “good times”  no longer existed by the end of the relationship.

There was a reason that the relationship ended, but you don’t want to accept that.  You just want that good feeling back.  If you are still ticked off at your ex, it is because you believe he is wrongly withholding from you the love and affection he originally offered.  It is like he stole something from you, did a bait and switch, and you just can’t rest until you get your property back.

When I was a newlywed, my husband let me drive his Trans Am to work one day.  I went into work in the morning and came out in the evening to find the car gone.  Little did I know there was a Trans Am chop shop right behind the lawyer’s office where I worked.  The police found the car completely stripped a little ways away, but it was a humpty dumpy situation – no one could put that car back together.  That white and gold Trans Am was gone forever.  It didn’t matter how much we remembered how great it was to ride in it – it was gone. It was a sad loss, but we had to move on and get another vehicle.

Sometimes robberies occur and you never get your property back.  You feel angry, violated, vulnerable, but that doesn’t change the fact that you will never see that jewelry, cash, tv set or car ever again.  Remaining angry about it and demanding that it be returned to you won’t ever change the situation.  The same goes for relationships.  Demanding you get something you can never have leaves you miserable, angry, frustrated and, to tell the truth, quite useless because of your obsession.

So if you are still wanting your ex to give you the love he withdrew from you, you are stuck in a pit of your own digging.  They are either unwilling or incapable of giving that love to you.  Fantasizing about the good times is destroying your life, because it is most likely never going to happen again.

To be healed and move on to find a healthy and satisfying relationship, you need to disconnect those short-lived, love-filled memories you associate with that person and replace them with the long-term memories of the BAD part of the relationship.   When you think of the person, you need to speak the truth and SEE them as they are, replay the memories of them ignoring you, or treating you badly.  Get rid of the fantasy version of the relationship, and be real about who that person is NOW.

Were you getting anything from that relationship by the end, or was it one-sided?  Were they giving sacrificially to you, or were they just there for the ride as long as things were good?   Take a good look at who they are now, their character, their inability to love you as you need to be loved – either because they truly cannot love in the way you need, or because they simply no longer love you.

When I was betrayed by a man I loved very much, in order to get over him, I had to keep repeating to myself, “He does not love you.  Why do you want a man who does not love you?”  I had to keep that up for months, until it finally sunk in.  Why did I want someone who no longer cared for me, but instead moved on to another woman?  What kind of man is that?  I was not going to get those good feelings back, they were gone forever, so I had to move on. And because I let go, God brought me my current husband of 17 years.

So purposely change the memories you associate with this person.  Make the thought of him so distasteful that it makes you feel grateful for being free from them.  It is not a falsehood – you are replaying truthful memories of how he really was.  Do it every time you think of him.  It is the only way to finally be free and move on to a healthy life and into healthy relationships.

If you need help working on these memories, then let me know.  You can set up appointments by logging in and clicking on the Make An Appointment link under Contact & Counseling.  Or  go into the Forums and let’s talk about it on the Relationship Recovery forum on the I can’t stop thinking or caring about him thread.  You can be free of this – let’s work on it together.